Highland Park, IL — Renowned designer and North Shore native Jeff Lieb of JEFF LIEB JEWELRY, a/k/a Total Design Jewelry, will open his first Midwest and Chicago area Showroom on December 10, located at his longtime studio in Highland Park, IL, 3100 Skokie Valley Road. The Chicago Area Showroom becomes the third permanent LIEB showroom in a high fashion market, joining Dallas and Atlanta locales. The prolific designer’s jewelry creations can also be found in over 1,000 galleries, specialty and boutique stores nationwide. One of the approved designers for Swarovski Crystal Elements Division, along with top names as Judith Lieber and Kenneth Jay Lane, Lieb’s unique jewelry designs have long been sought after by haute designers and captains of industry including Kate Spade and Donald Trump. His funky original wearable art — jewelry with a soul — can be seen in numerous films, TV series, soap operas and theatrical productions and on celebrities, newscasters and musicians. Lieb’s doors will be open to the public in December with a Grand Opening cocktail reception and how-to-wear LIEB demonstrations on December 10 from 5-9pm. A portion of the days proceeds benefit Kellogg Cancer Center via the Auxiliary at NorthShore Highland Park Hospital. All LIEB jewelry is signed by the artist and tagged with the Swarovski Crystal label.

Lieb hopes to create a Midwest hub for his jewelry lines.

Fashion is created here, my jewelry is created here, it makes perfect sense to offer easier access for my East Coast and Midwest customers who currently have to travel across coasts or seaboards to view and place their orders.  – Jeff Lieb, JEFF LIEB JEWELRY

The Chicago area Showroom will be open to the public periodically throughout the year, as Lieb frequently travels to attend top trade shows and his other temporary and pop up locales,. Preview his jewelry online at www.jeffliebjewelry.com.  To order via email; jeffliebjewelry@yahoo.com . To make an appointment call 847.433.2669 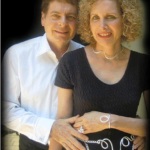 “After four decades of traveling the country, my wife Marlene and I felt it was time to enjoy our community and the great city of Chicago. We want to meet our neighbors, dine at our fine restaurants and relax with our family,” says Jeff Lieb, designer, devoted husband and father of two young adult men.  “I’ve been creating inspiring fashion pieces from my studio in Highland Park for 40 years; it seems only fitting that I give back to the town and city where it all began and continues to be the place I call home.”

To commemorate the Grand Opening, a host of activities are planned on December 10th

Make a revolutionary impact on the way you wear yours

Yes, every painting tells a story.  Well done Google to allow arts education and appreciation to live on via your newest creative venture. What a wonderful concept.

Growing up in the New York City area, I was exposed at an early age to the arts and thus developed an appreciation for the masterful works and their creators.  In those not so long ago days, public schools had bountiful budgets for arts programs and field trips.  Since that time, we’ve seen major budget cuts in the arts and arts education take place everywhere from the National Endowment for the Arts to the public school system.

I for one am so elated that in this modern day of the web, new audiences as well as existing ones can learn to appreciate the beauty and the brains behind Art.

Find yourself musing about Mona Lisa’s mysterious smile? Google is debuting “Art Talks,” a new online series that sheds insight into the stories behind famous masterpieces and artists.

The Internet giant announced its creative venture, which viewers can access via Hangouts on Air on Google Art Project’s Google+ page, Monday.

Art Talks will feature curators, museum directors, historians and educators who will effectively act as gallery guides, providing an in-depth view of various artworks. Following its launch on March 6 at 8 p.m. ET from New York City’s Museum of Modern Art, the series will continue taking place every month. For its inaugural talk, Deborah Howes, MoMA’s director of digital learning, will explain how to teach art online.

The next talk, on depictions of the female nude, will be from the National Gallery in London on March 20. Future talks are slated to include institutions such as the Metropolitan Museum of Art, the Museum of Contemporary Art in Los Angeles, the Museo Nacional de Arte in Mexico and the Museum of Islamic Art in Qatar.

“We hope that Art Talks is the next step in bringing art to your armchair, wherever you are in the world, with just a click of a button,” Google Cultural Institute’s Lucy Schwartz said in a blog post.

NEW YORK — In torn jeans and saddled with a black backpack, Andrew Witten glances up and down the street for police. The 51-year-old then whips out a black marker scribbles “Zephyr” on a wall covered with movie posters. He admires his work for a few seconds before his tattooed arms reach for his daughter, holding her hand as he briskly walks away.

Witten and a generation of urban latchkey kids who spray-painted their initials all over Manhattan in the 1970s and `80s and landed in the city’s street art scene are coming of age – middle age, that is.

And like Witten, a 51-year-old single father, some street artists considered now to be graffiti elders are having trouble putting away their spray paint cans. As Witten says, “I’m ready. I could go tonight.”

“I’m chronologically old to be out there doing it,” Witten admits with a playful smile. “I’m sure I can’t run quite as fast.”

Witten built a reputation as a master at spray-painting extravagant graffiti pieces on freight and subway trains, called train-bombing, in the neighborhoods where he now teaches his 6-year-old daughter, Lulu, to skateboard. For him, spray-painting other people’s property with his nickname, or tag, is almost an addiction, and danger is part of the drug. Crawling under barbed wire, ducking from police officers, even being shot at is all part of the experience.

But with an artist’s heart, Witten describes painting graffiti in more poetic terms. He calls it a freeing experience, in which the silence of night gives way to the hiss and mist of the spray rising into the moonlight…

Keeping up with the Joneses.

It happens in many settings, from the classroom to the country club, and, perhaps not surprisingly, among cultural organizations, according to a new study that finds that many institutions recently expanded their buildings in part because everyone else had.

Other reasons that organizations will build too much are overambitious trustees, self-interested architects and unrealistic financial projections, according to the study by the Cultural Policy Center at the University of Chicago that is to be released Thursday.

The study, “Set in Stone,” examined the cultural building boom between 1994 and 2008, when museums, performing arts centers and theaters in the United States got swept up in new construction or major renovations.

More than $16 billion was spent by cultural organizations on building projects during that period, some inspired by the hope that construction initiatives could do what a Frank Gehry-designed museum building did for Bilbao, Spain: transform a small city into a major cultural destination.

“This issue between confusing a want with a need is enormous in the sector,” said Carroll Joynes, a founder and senior fellow at the policy center. “There are clear ways to avoid this. You can learn from what other people went through.”

A number of the lessons, the study suggests, could be drawn from its case studies of expansions like that of the Art Institute of Chicago over the past decade.

At first glance the project seemed daunting: a $300 million venture that would boost yearly operating costs by an estimated $4 million and would necessitate another $87 million in fund-raising to expand the endowment.

But with the Italian architect Renzo Piano engaged and several key trustees and the museum’s director gung ho, the expansion gained a kind of inexorable momentum.

Attendance did spike initially when the new wing opened in March 2009, but then it dropped back to normal levels. A precipitous decline in endowment income led to pay cuts, furloughs, a salary freeze and two rounds of layoffs.

“Instead of expanding its budget as expected, the Art Institute was forced to contract instead,” the study said.

The study examines not only what arts organizations got wrong but also what they got right and offers guidance for arts executives, civic leaders, donors and government officials about how to avoid pitfalls and how to grow intelligently and responsibly — or maybe not at all.

“It’s lessons from the front lines,” said Adrian Ellis, an arts consultant who helped conceptualize the study. “The stories aren’t told that often.”

The study was based on interviews with people in more than 500 arts organizations and drew data from more than 700 construction projects that ranged in cost from $4 million to $335 million. The New York region led the country in cultural building ($1.6 billion) after Los Angeles ($950 million) and the Chicago area ($870 million).

…The study found that the most successful projects were driven by a clear artistic mission and demonstrable need; had authoritative and consistent leadership throughout the process; controlled expenses during construction; and generated income after completion…

“The Modern Wing was not an impulsive project,” Douglas Druick, the director of the Art Institute of Chicago, said. “It was 10 years in the making, and it puts the Art Institute on a solid footing for the future. We expect it to be here for decades, just as we still open the doors of our original 1893 building every morning.” 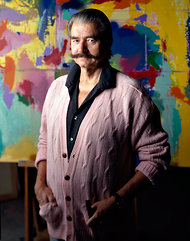 LeRoy Neiman, whose brilliantly colored, impressionistic sketches of sporting events and the international high life made him one of the most popular artists in the United States, died on Wednesday in Manhattan. He was 91. 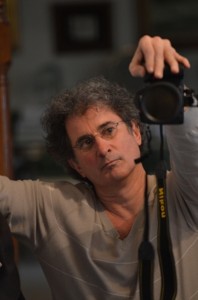 June 4, 2012 – CHICAGO -– Brilliant litigation attorney Bradley Weiss, who was stricken with Parkinson’s Disease at the height of his Washington, DC career with the Department of Justice and as Of Counsel at Chicago’s prestigious law firm, Miner, BarnHill & Galland, turns professional artistic photojournalist with the debut of his photo series Montezuma Nights at Chicago’s Mars Gallery, opening Thursday evening June 7, 2012, 1139 W. Fulton Market.  Curated by renownedcurator and photographer Susan Aurinko. Opening night reception is being sponsored by a collaboration of the many different connections in Bradley’s life including his former Chicago law firm  Miner, Barnhill & Galland and Highland Park restaurant 2nd Street Bistro with live music by The Side Cars.  Thanks to a risky surgery called DBS (deep brain stimulation last December) Bradley’s Parkinson’s has slowed down and according to him, he is almost back to his old self!  To honor the Rush University Medical Center doctors who gave Bradley his life back, a portion of art proceeds opening night will benefit The Parkinson’s Disease & Movement Disorder Program at Rush University MedicalCenter (Rush) as a deep hearted thank you.

In honor of: The Parkinson’s Disease & Movement Disorder Program at Rush University MedicalCenter and its team of magnificent doctors

Live Music by The Side Cars

A portion of art proceeds opening night will benefit The Parkinson’s Disease & Movement Disorder Program at Rush University MedicalCenter as a deep hearted thank you to the doctors that gave Bradley his life back! 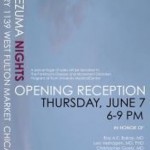