November is host to a slew of wonderful health awareness month observances as well as some very worthy causes. A few of these include national National Novel Writing Month; Alzheimer’s Disease Awareness Month; National Family Caregiver’s Month; Adaption Awareness Month; American Indian/Alaska Native Heritage Month and National Diabetes Awareness Month. Show your love; support your cause and be an agent of change!

In the Sparks Spotlight

Go Purple with a Purpose for Alzheimer’s Disease Awareness and Caregivers Month. Honor a Caregiver with a personal tribute message is central to this year’s observance. President Ronald Reagan designated November as National Alzheimer’s Disease Awareness Month in 1983. Back then, fewer than 2 million Americans had Alzheimer’s; today, the number of people with the disease has soared to nearly 5.4 million. Get involved this month, and help raise awareness for Alzheimer’s disease!

One of my favorite observances is National Novel Writing Month (NaNoWriMo), held every November since 1999. This nonprofit sparks the creative writing gene in us all; empowering and encouraging vibrant creativity around the world. Now in its 18th year, this year’s theme – Your Novel, Your Universe — encourages creativity, education, and the power of the imagination through the largest writing event in the world. NaNoWriMo expects nearly 500,000 people—including K-12 students and educators via its Young Writers Program—to start a 50,000-word novel in the month of November.

In a world of 140 characters; where social media and texting is the optimum way to communicate, knowing how to truly write is on its way to a lost art form. Thanks to organizations like NaNoWriMo, there’s plenty of hope that creative expression through the art of writing will continue for generations to come! 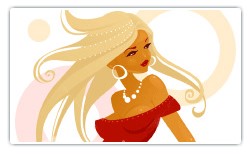 Abbe Sparks is the author of Socially Sparked Blog, which reports on the people, brands, places and things that socially spark our lives in the worlds of entertainment, digital, tech & activism. A social media and digital content diva and activist, Abbe has been writing about entertainment, technology and activism for over 20 years. Her newest hat: enrepreneur. Newest venture: founder/editor of Socially Sparked News (launching soon).  @asparks01, abbe@sociallysparkednews.com 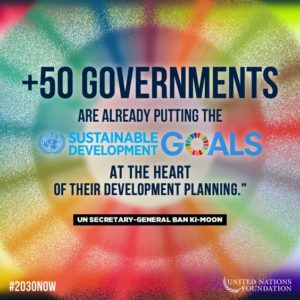 and Gender Equality, and music as activism were front and center all last week in the city that never sleeps. Beginning with The Social Good Summit and UN Week and culminating with The Global Citizen Festival, one would be hard pressed not to catch the positive fever that had spread throughout the city and the world, thanks to modern technology – live streaming and live telecasts.

With issues as diverse as education, sustainability, clean water and aids, it certainly is a wild world. “Oh baby, baby, it’s a wild world,” lyrics from early adapter and goodwill ambassador Yusuf/Cat Stevens, still resonate today and it was fabulous to hear him perform at last Saturday’s Global Citizen Festival on the Great Lawn in Central Park. It had been over 40 years, since he last graced the big apple with a performance.

Curated by Cold Play frontman Chris Martin, the festival’s goal is to eradicate global poverty by 2030, plus spotlight the many social challenges our world faces, engage people to act and become a global citizen. At last count, over 60,000 do-gooders were in attendance. The only way to snag a ticket to this music lovefest of musician and celebrity A-listers, dignitaries and activists was to have performed an act of volunteerism. Headlining were artists from a wide range of music genres: Major Lazer (EDM), Demi Lovato (pop), Kendrick Lamar (hip hop), Metallica (heavy metal) and Rhianna (pop) with guest appearances by Chris Martin, Eddie Vedder, Usher, Ellie Goulding, Yandel and Yusuf/Cat Stevens.

Inspiration is a splendid thing, especially when it sparks action for social change. New York City was certainly the thought starter and igniter last week for inspiring minds and building future global activists and leaders. 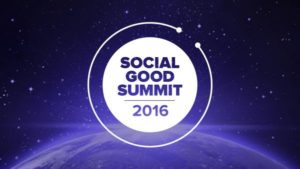 l Good Summit kick-started the week. Sponsored by Mashable, United Nations Foundation and 92nd Street Y, the 2016 rendition brought together like-minded do-gooders to hear from global change-makers and world leaders on the many social issues. Inspiring panels, videos and calls for action were the norm of the two-day summit. Held annually preceding UN Week, the Summit’s theme 2030 Now, connecting today creating tomorrow has the goal to eradicate our world’s most serious social issues by 2030. UN Week’s General Assembly focused on the sustainability development goals a/k/a global goals – a universal call to action to end poverty, protect the planet and ensure that all people enjoy peace and prosperity.

In the case of social change, it takes more than a village – it takes a global community of activists and passionate people. There are many incredible organizations striving to push the envelope for change. In its short existence, Global Citizen has done an amazing job of mobilizing the masses to do just that. It serves as a social action platform for a global generation that wants to solve the world’s biggest challenges. Since 2012, millions of Global Citizens around the world have taken over six million actions to solve these challenges.

Yes, it’s a wild world with serious issues to combat and overcome. With dynamic organizations, inspiring events and passionate citizens rallying around the call for social change, together, we really can change the world for the better! – Abbe Sparks