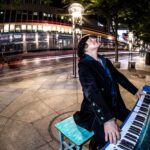 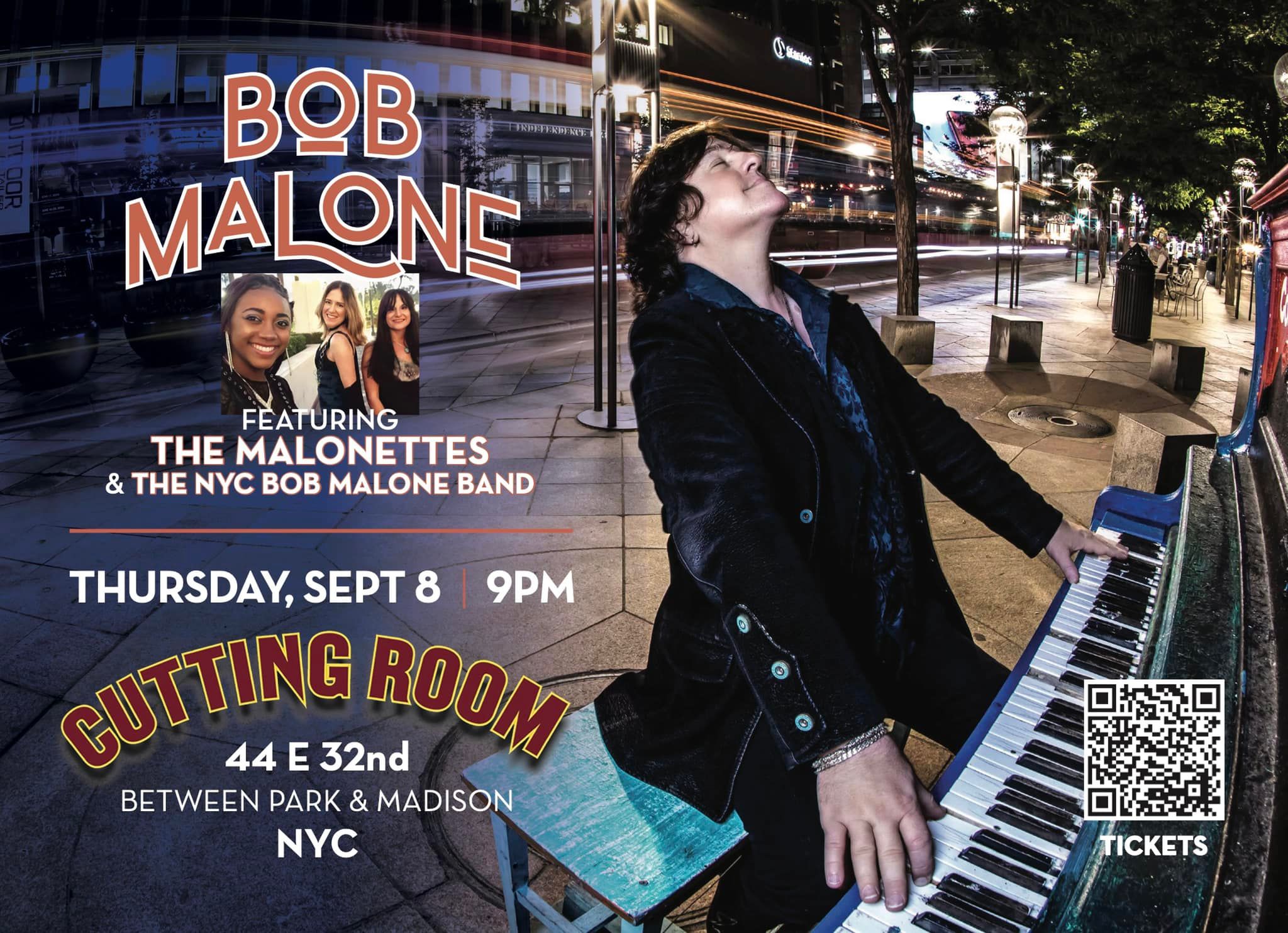 Bob Malone & Band to Perform at The Cutting Room in New York City on Sept. 8th

(New York City) Singer-Songwriter/Pianist Bob Malone (John Fogerty), one of the most sought-after rock and blues pianists in the world, is appearing at New York City’s legendary The Cutting Room, 44 East 32nd Street, Thursday night September 8th at 9 pm. Tickets are now on sale at https://www.eventbrite.com/e/bob-malone-tickets-322056448507?aff=ebdsoporgprofile.

Dubbed “a Keyboard Wizard” by The New Yorker, Malone — a New Jersey native — will perform his first LIVE post-pandemic public show in Manhattan with his NYC All-Star Band and The Malonettes (backing vocalists) at one of the city’s most iconic venues, The Cutting Room. The upcoming show will highlight cuts from his latest critically acclaimed album “Good People” along with his signature take on classics from The Band, CCR (Creedence Clearwater Revival), Bob Dylan and others that he transforms into foot-stomping displays of keyboard pyrotechnics. “Good People” has received considerable radio airplay across the USA and Sirius XM’s “Bluesville” has kept his smoking piano-centric cover of Fleetwood Mac’s ‘Oh Well’ in hot rotation.

Malone has spent decades building a dedicated international fanbase with his relentless touring and 10 critically acclaimed album releases. A proud Berklee School of Music graduate, his lyrically smart songwriting coupled with his own hybrid combination of rock, melodic pop, blues, and New Orleans R&B are Malone trademarks. He always delivers his original and refreshing reinterpretations of classic tunes with high-energy piano virtuosity and a soulful voice all his own.

For more information on Bob Malone:

When not packing theatres and clubs with his much sought-after solo show, Malone has been pounding the keys for over a decade as the longest-tenured member of Rock and Roll Hall of Famer John Fogerty’s critically lauded touring band. He’s also a sought-after L.A.-based studio musician, appearing on cuts with Fogerty, Ringo Starr, Bob Seger, Avril Lavigne, and others. Malone has also appeared on multiple national television shows and performed alongside rock royalty Bruce Springsteen, ZZ Top, Rickie Lee Jones, and more.

Malone’s recording of his New Orleans-influenced take on “You’re A Mean One, Mr. Grinch” is sure to show up on holiday playlists for years to come, since receiving millions of YouTube views thanks to its inclusion in the trailers for the Universal Studios animated “Grinch” Christmas classic.

The Bob Malone Band is made up of all-star players from around the globe and includes A-list session players in Los Angeles, New York, New Orleans, and Rome. Players in the Bob Malone band have toured and recorded with The Neville Brothers, Journey, Tom Petty, Bruce Springsteen, Joe Cocker, Jerry Douglas, Gino Vannelli, Joe Sample, Claudio Baglioni, and others.