Posted on 06 December 2012 by Michael Roberts

Tracy Baim was executive producer of the award-winning and critically acclaimed lesbian feature film Hannah Free starring Sharon Gless. She was inducted into the Chicago Gay and Lesbian Hall of Fame in 1994 and was named a Crain’s Chicago Business 40 Under 40 leader in 1995. Baim is publisher and executive editor at Windy City Media Group, which produces Windy City Times, Nightspots, and other gay media in Chicago. She co-founded Windy City Times in 1985. She has won numerous gay community and journalism honors, including the Community Media Workshop’s Studs Terkel Award in 2005. Baim is the author of Obama and the Gays: A Political Marriage. She is also the co- author and editor of Out and Proud in Chicago: An Overview of the City’s Gay Community and author of Where the World Meets, a book about Gay Games VII in Chicago. Her recent books are The Half Life of Sgt. Jen Hunter, about lesbians in the military prior to Don’t Ask, Don’t Tell, and the biographies Leatherman: The Legend of Chuck Renslow and Jim Flint: The Boy From Peoria.

Posted on 04 December 2012 by Michael Roberts

Tim Kazurinsky discusses his role in the film Scrooge & Marley as well as his recent roles in Hairspray, The Odd Couple and his remarkable career spanning from Second City to SNL. For more information on the film please visit www.ScroogeandMarleyMovie.com   Related: Showbiz Chicago The Odd Couple Review 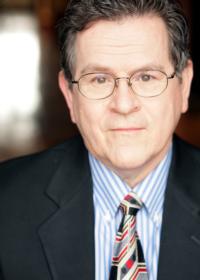 Tim Kazurinsky kicked off his show-biz career at Chicago’s famed Second City Theatre. Movie appearances include Neighbors, Somewhere in Time, and three Police Academy films. A former cast member of NBC’s Saturday Night Live, Tim returned home to Chicago to co-write such screenplays as My Bodyguard, About Last Night, The Cherokee Kid and For Keeps. He was nominated for a Writers’ Guild Award for his screenplay for Strange Relations, starring Paul Reiser, Julie Walters and George Wendt. Tim still enjoys performing and has done guest star roles on “You’re your Enthusiasm, Still Standing, According to Jim, and in Jeff Garlin’s I Want Someone to Eat Cheese With. Tim lives in Evanston, Ill., with his wife, Marcia, their two kids, and way too many pets.